For example, classification might be used to determine if an email is spam or not. The algorithm would learn by detecting patterns in training examples that contain spam or not spam labels.

Although, clustering can also be used for this as well by clustering emails together based on the heading, body and who the sender is but without the spam or not spam labels. 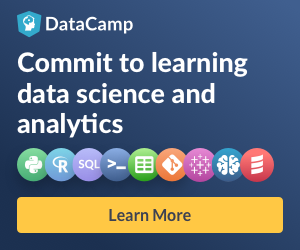 Clustering could also be used to segment a company’s customers based on their purchasing history.

Classification algorithms are used to assign a class to a new example. They work by learning from training data that contains the labels to go along with the features and then use the patterns they find in the data to predict what class a new example should fall into.

Below are some algorithms that are commonly used for classification.

Logistic Regression outputs the probability that an example falls into a certain class. It is often a good algorithm for binary classification but it can also be used for multiclass classification.

A decision tree can be used for either regression or classification. It works by splitting the data up in a tree-like pattern into smaller and smaller subsets. Then, when predicting the output value of a set of features, it will predict the output based on the subset that the set of features falls into. You can look here for a more detailed explanation.

You can watch the video below to see how decision trees work.

Pros: It can find complex patterns in the data, doesn’t require a lot of preprocessing, easy to understand.

Cons: It can be prone to overfitting.

You can watch the video below to see an explanation of how random forests work.

Pros: More accurate on unseen data than decision trees, outputs the importance of variables and can find complex patterns in the data.

Cons: It does not give a precise prediction for regression and it does not extend beyond the range seen in training data.

You can watch the video below to see how SVMs work.

Cons: They do not provide probability estimates, they don’t work well with large datasets.

The Naive Bayes classifier uses Bayes theorem to classify data. You can look here for more info about how it works.

Cons: It considers each feature as being independent which is not always true.

K-nearest Neighbours classifies examples by looking at the classes of the k-nearest data points to that example.

You can watch the video below to see how it works:

Pros: Can be used for classification or regression, work well with large amounts of data, work well with non-linear data and can make predictions quickly after being trained.

Cons: they are described as being “black boxes” meaning that it is difficult to understand why they are weighted the way they are and they require a lot of data to train on.

The goal of clustering algorithms is to group similar data points together. They are unsupervised algorithms, meaning that the data they are used with does not contain output labels.

So, if the goal is to create a spam classifier, the dataset wouldn’t say if the email is spam or not, it would just contain data about the emails such as the body text and the subject line.

Below are the clustering algorithms that you can currently implement using Scikit-Learn, their advantages and their disadvantages.

K-means clustering is used to segment data into k clusters. It works by initially placing k centroids to the data, the data points are then linked to the closest centroid, then the best clusters are found by iteratively minimizing the sum of the squared distances between the data points and the nearest centroid. You can watch the video below to see how it works. You can also read more about it here.

Cons: You must choose k manually, heavily impacted by outliers, doesn’t do well when the clusters have different sizes and densities.

Affinity propagation is a centroid based algorithm similar to k-means clustering. However, it does not require you to set the number of clusters beforehand. The problem with this is that it results in a higher time complexity. You can read more about the algorithm here and you can see how it works in the video below.

Pros: Determines the number of clusters for you, works well when there are lots of clusters, works if there are uneven cluster sizes or non-flat geometry.

Cons: It has a worse time complexity than k-means clustering.

Mean-shift is a hierarchical clustering algorithm. It works by creating circles around each of the examples and then combining examples into the same cluster if they all fall into a circle together. You can watch the video below for a very good demonstration of how it works.

Pros: It figures out how many clusters there should be for you, works well when there are lots of clusters, works if there are uneven cluster sizes or non-flat geometry.

Cons: Does not scale well

Spectral clustering is a very useful algorithm for situations where the desired clusters have very abnormal shapes. This Quora post explains very well why you would want to use the algorithm and this post explains how it works.

Cons: Doesn’t work well with large datasets or datasets with lots of clusters.

Hierarchical clustering is useful for grouping correlated features on heatmaps. You can read more about how it works and its applications here.

Pros: Hierarchical clustering gives you a dendrogram which is useful for visualizing the relationships of in the data.

Cons: Doesn’t scale well and it is not as good as other clustering algorithms at accurately clustering the data (source).

DBSCAN is useful when there are dense clusters that are separated by less dense regions. It also scales well with the amount of data there is so it is preferred over many of the other algorithms that try to separate dense regions and non-dense regions.

Cons: You need to set the neighborhood parameter

OPTICS is similar to DBSCAN in that it is useful for separating dense clusters from less dense regions, it also works in a similar way to DBSCAN. However, it also adds a minimum radius term for core points and it calculates reachability distances. You can look here and here for more details.

Birch is a hierarchical algorithm that is useful when the dataset is large and there are a lot of clusters within the dataset. It can be used as an alternative to mini-batch k-means. You can read more about it here and here.

Pros: Works well on large datasets with lots of clusters and it is useful for data reduction.

Cons: Not as accurate as alternative models.